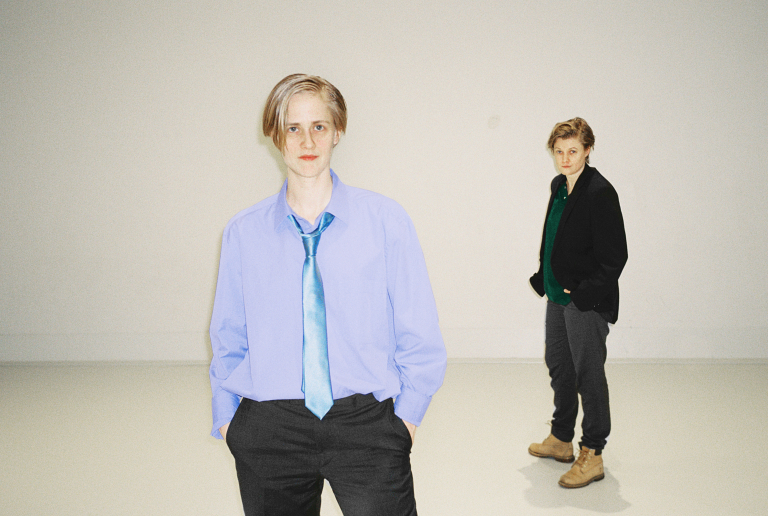 - A tribute to queer, female masculinity!

Butch Tribute consists of three performances, each with its own representation of female masculinity.

In Butch Tribute, Marte Reithaug Sterud and Ann-Christin Kongsness do a physical exploration of female masculinity. As female dancers, they are trained in dance techniques with feminine ideals, which have greatly shaped their own language of movement. In Butch Tribute, their presence and performance are based on masculine qualities such as restraint, understatement, heaviness and explosiveness.

As two queer women, our lives shape what we want to present on a stage. We are inspired by butch; a term used about masculine women in the queer environment. We experience that the marginalization of butches means they are at risk of being perceived as stereotypes. This project is our contribution to multiplying the representation of this identity category.

Butch Tribute consists of three performances, each with its own representation of female masculinity; Flørt (Flirt), Roser (Roses) and Flanneldrøm (Flannel Dream). We move from a feelgood atmosphere in Flørt, stop by powerful activism in Roser, and end up in a butch-on-butch love story in Flanelldrøm.

Sterud / Kongsness has always been a queer community. We meet through our personal and theoretical interest in the relationship between dance and body, gender and performativity. In our previous production Soft Manifesto, which premiered at Black Box Teater in 2015, we worked with, and from an androgynous and ambiguous body. It had a playful and fluid relationship to its own gender expression and moved in and out of various bodilinesses. In June 2018, we arranged Skeiv dansekunst - a series of conversations (www.skeivdansekunst.no) during Oslo Pride, where sixteen dance artists who actively take a stand on questions about gender expression and sexuality participated. 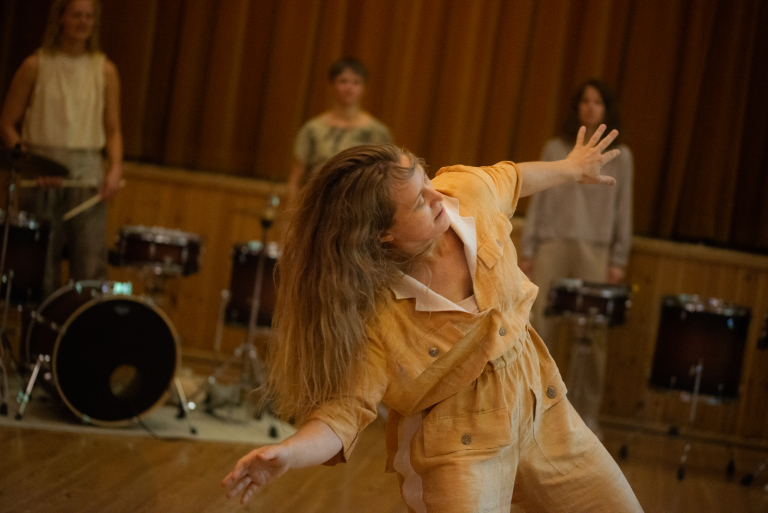