Towards a transformed future

Towards a transformed future

In the week beginning May 3rd 2021, an artist that Rosendal Theatre is closely affiliated with, Duduzile Mathonsi received a review in Norsk Shakespearetidsskrift which her colleague Deise Nunes later responded to in writing for the same publication platform.

Deise Nunes denounced the review as “racist violence on an epistemic level.” [1] The reviewer in question – Knut Ove Artzen – apologised for any hurt caused, while simultaneously arguing for the right to review the work from a “theatre-critical context, which is «euro-normative».”[2]

Mathonsi and Nunes are not the first artists to raise the alarm bell on the issue of racism in the field of art criticism. Artists, curators and critics from across the disciplines, based across Europe and North America, have been calling for this to be addressed. Toronto-based writer and performer Yolanda Bonnell, while welcoming white people to attend their show, asked for white critics not to review them. Writing for Vice Magazine, they called for “culturally informed criticism” with a concern for “the [problematic] lens with which predominantly white critics view the work.” [3] Film curator Chi-hui Yang and editor and writer Elizabeth Méndez Berry joined forces in the New York Times to decry “the dominance of the white male critic”[4] – and started a programme in 2019 to amplify the work of critics of colour. And art critic, philosopher and curator Sofia Cielatkowska, writing for Kunstkritikk, asked what it would take to “decolonise art criticism.”[5] These are just a few examples from many. RT encourages everyone that can to read these articles referenced here, as well as the different related articles at www.shakespearetidsskrift.no.

We, Artistic Director at Rosendal Theatre Alexander Roberts, alongside Dramaturg of the house Guro Hustad Stugu, met with Duduzile Mathonsi last week to discuss the situation with her. RT stands with Mathonsi on this issue, which raises many questions regarding how the field takes care and responsibility for presenting work by, and producing discourse around the work of, artists from minority backgrounds.

In the words of bell hooks, “valorising the notion of intellectual freedom” cannot come at the expense of ignoring “the more crucial issues involved when a member of a privileged group ´interprets´ the reality of members of a less powerful” group.[6]


Many organisations and individuals, Rosendal Theater included, will point towards their sincere commitment to building a field that is anti-racist. This is to be celebrated. However, drawing on the words of bell hooks once more, this work must be accompanied by “immediate and persistent self-critique.”[7]


Committed cultural critics – whether white or black, scholars or artists – or both – can produce work that opposes structures of domination, that presents possibilities for a transformed future by willingly interrogating their own work on aesthetic and political grounds. This interrogation itself becomes an act of critical intervention, fundamentally fostering an attitude of vigilance rather than denial.[8]

This discussion cannot end at a defense of euro-normativity, because euro-normativity is a critical part of the the issue. We need to be talking to each other, listening to and learning from each other, recognising that there is learning and work to be done, and actioning concrete policy changes across the field that can lead to a transformed future.

These discussions raise very high expectations. Theorist and educator Sruti Bala reflects in her essay on the possibility of decolonising theatre and performance studies. She writes, decolonising “demands new paradigms for the discipline – what Gayatri Spivak calls ‘the task of epistemological engagement’, new habits of thinking the discipline and not just an addition of new things to think about.”[9] To resist processes of decolonisation however is epistemic privelege, she argues.

In Artzen’s review, Duduzile’s education in South Africa is referenced. As Sruti Bala points out...

...students from the Global South have to permanently engage with theory and practices from the Global North... It’s very common to refer to the influences of canonical theatre figures such as Bertolt Brecht or Samuel Beckett on theatre movements in Africa, Asia, and Latin America, but the winds rarely seem to blow the other way: we can rarely speak, for instance, of the influence of Latin American theatre giants on practitioners in the West or in other non-Western contexts. This is partly because their existence and their innovative practices may be totally unknown to theatre scholarship and practice elsewhere.[10]

This blind spot is not a reason to perpetuate a euro-normative gaze, but the opposite. Bala calls for a decolonisation, where “decolonisation here means persistently training ourselves to recognise how such epistemic privileges are ingrained in our disciplinary histories and challenge them on an ongoing basis.”[11]

RT endorses the call for ´culturally informed criticism´, for diverse writers to have access to shows, as well as access to fair-paying publishing platforms for the reviews they write, but equally RT is also commited to the work of decolonising its stages, the ways in which the institution organises and the discourses that are produced in relation to it.

RT has plenty of its own work to do. RT is a learning institution with plenty of learning and transforming in front of it. RT is implementing reformed and more inclusive hiring practices, reviewing the accessibility and inclusivity of the work environment, reviewing programming processes and making changes to the accessibility of RT as a house and its work for the public. RT is doing this in conversation with our staff, the Board, our audiences, local community advocates, the artists RT works with, as well as the many sister organisations commited to the same cause near and far. Crucially RT is commited to learning, on-going transformation towards being a better institution and continued self-interrogation. Not as a set of one-time measures, but as the central vision of RT as an entity: a house that strives for a persistent decentring of the field; challenging what is made, who makes it, who sees it, and who produces reflections and discourses upon it. RT is commited to doing it with the whole field – acting together – to ensure that decolonising practices are not exceptional, but widespread. 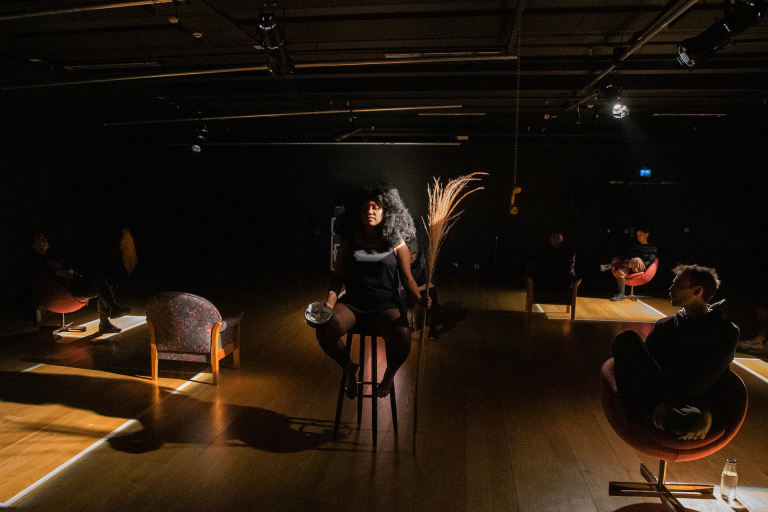 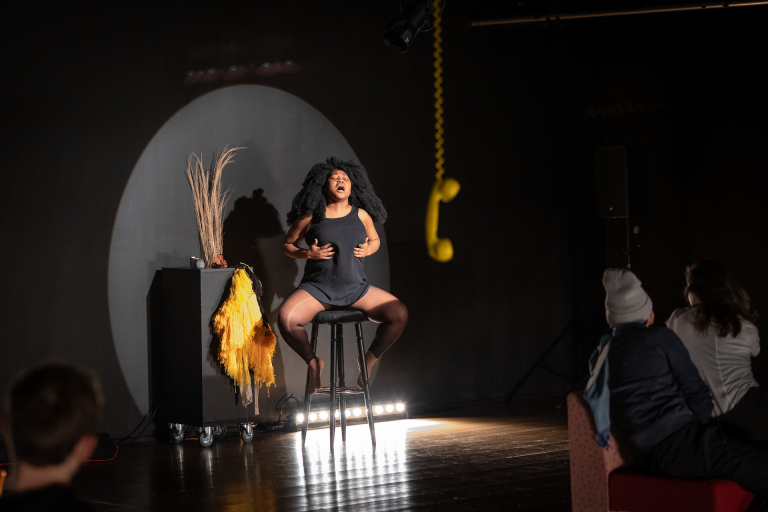 [3] Bonnell, Yolanda. “Why I'm Asking White Critics Not to Review My Show.” VICE. Accessed May 21, 2021. https://www.vice.com/en/article/dygxgw/why-im-asking-white-critics-not-to-review-my-show.